I was one of the most vociferous naysayers about Tomas O’Leary. Certainly, the Corkman was likeable, athletic and liable to make the odd break or two in a game. But for Ireland in particular, TOL’s form went off a cliff before the last World Cup. Of course, this all came to a head in a warm-up against France when he literally handed a try to Francois Trinh-Duc.

Yet on the other side of my protestations, I was also firmly against dropping TOL for the World Cup.

Kidney and co. had made their bed at that stage. Despite floppy haired Conor Murray‘s form for Munster, he simply wasn’t ready to come up to that level. Indeed, in the Wales game he showed his inexperience.

Murray’s starting point for Ireland was quite ignominious. His fluid, languid style of play deserted him, and incessant ‘meerkatting’ at rucks, coupled with some poor decision making had many calling for his head.

But how quickly that changed.

Gradually, Murray and Ireland started to reap the benefits of being thrown into test level so young. His passing, while still not Stringer/Reddan standard, has drastically improved. But more importantly, he’s marshalling his pack, kicking well and using the benefit of an impressive physique in covering and breaking. Murray’s performance last Autumn against the All Blacks was one of the most impressive Irish 9 outings of the last 10 years, while on the Lions tour, he again showed his worth off the test bench.

Like tighthead prop and outhalf, 9 is a position where players benefit greatly from experience. Seldom is the player who can come into a test or Heineken level and excel from the outset.

Often, getting this experience takes a lucky break (an injury or transfer) or a patient coach. Murray had both, and another future Irish scrum half does too. 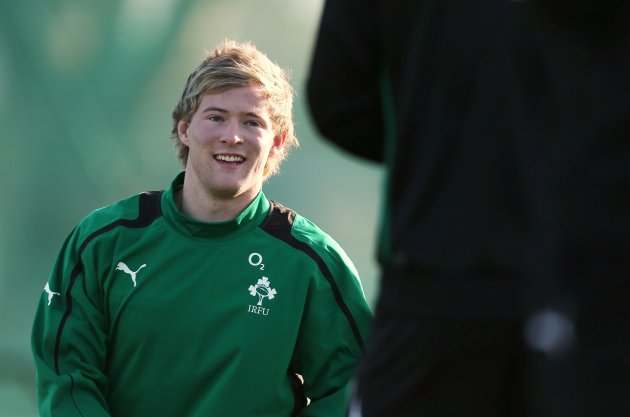 Kieran Marmion has been excelling and leading for Connacht for quite a while now, coming to the national consciousness again last week after a virtuoso solo try against Leinster. The former Exile has played over 50 games in a row out west, gaining that golden experience that’s so valuable to a young career.


Like Murray, originally I was skeptical of Marmion. For Ireland underage he looked ponderous, unsure of himself and a poor passer. While not the finished article yet, he looks a sure fire ‘bolter’ for the World Cup, and may even usurp Mr. Reddan for the bench spot if the form trend continues.

And that mention of an Irish underage career is a nice segue to another young 9 filled with potential. Since school, Luke McGrath has been pegged as a future star for Leinster and Ireland. With a notorious break, an excellent tackling technique and the look of a Yachvilli esque controlling 9, McGrath stood out constantly at underage. Indeed, despite being almost exactly a year younger than Marmion, it was McGrath who played the better at U20 level when the two overlapped.

But things have been a bit stagnant since then. Despite an excellent, injury enforced outing against the Ospreys in 2012, game time for the Blackrock scrummie has been limited. O’Connor has preferred Boss over him constantly, a cautious move that’s drawn some ire from Leinster fans, particularly given the former Ulsterman’s dip in form.

For McGrath’s part, he hasn’t made it easier to select him. Issues with his pass persist, and despite a strong B&I Cup season last year, this season he’s been mixed off the senior bench. Crucial mistakes against Connacht and Glasgow have pockmarked otherwise solid outings.

But as we’ve seen with Murray & Marmion, that’s to be expected.

With Reddan and Boss on their last legs, it’s critical for Leinster’s continuity that the youngster is tested a lot more this season. Experience is vital at this stage of a career, and with two similarly youthful role models in other provinces, McGrath will feel his time has come.

Little leaders need game time to mature into generals, and with MOC staying for at least another year, it’s time to back youth a little bit more in this pivotal position.