‘Culture’ is a fairly nebulous concept at the best of times.

Is the fact that us Irish like a few pints part of ‘culture’ for example, or should we only speak of literary, artistic, musical works when Irish culture is brought up on a world stage? That’s an argument for another day and minds greater than mine perhaps.

Transplanting the phrase to sport, I’ve always found it interesting that, even in the ultra professional times we live in, with psychologists a firm fixture in any back room staff, the theory of culture is still such a big issue.

Look at Munster and the famed ‘never say die’ spirit for example. Whether you actually believe there’s something special about the jersey, or that the ‘stand up and fight’ stuff is just media and marketing spin, the players certainly seem to buy into it. And, after all, isn’t that all that matters?

Think now about Leicester’s propensity to breed powerful, hulking tight forwards and to play a style of rugby designed around a big pack. Refer your mind back to Leinster of the pre Stoop era, when champagne running rugby and ‘we’ll score one more than you’ was the dominant theory.

Bernard Jackman spoke eloquently recently of being laughed at by his own players for targeting away games in the Top 14 for the past few seasons, and has also referenced the primitive urge to ‘defend the homestead’ when playing in your own stadium in France. Toulon’s recent loss to Jackman’s side in the Mayol brought ire from Boudjellal for example and was described as a gross dishonour to a proud rugby town.

What am I getting at here? Well, it could be argued that, rather than being a decreasingly important part of the game, it seems that this obtuse term, ‘culture’, is actually still a vital element of any great side.

Stuart Lancaster, like Clive Woodward before him, is a great thinker on this aspect of sport, and gave an incredibly open and honest interview to the Guardian this week. This line really stood out for me:

“That sense of national pride in the Wales team was a force we didn’t quite overcome. If players have a real commitment to the shirt and a desire not to let it down, it creates a higher level of determination to win.”

Like so many other rugby fans, I’ve been stumped in recent times by the unfailing ability of the Welsh to look more like a band of brothers than any other nation. How can some players who look so ‘ragtag’ at club level, who rarely taste success (bar the Ospreys) and who don’t play at the top echelons of the club game (knockout Heineken) become giants in a red jersey?

George North had barely scored a Heineken try before this season. Sam Warburton rarely looks like a top class 7 in a blue jersey and Mike Philips has looked ordinary at Amlin level when he actually bothers to play for his club.

And yet, after reading the excellent ‘Calon’, a book by Owen Sheers which travels through the 2012 season with the Wales national side, it all became clearer to me. Player after player talks about feeling more at home in Welsh red than anywhere else. Coaching staff describe an attempt to create a ‘club atmosphere’ at the Vale of Glamorgan base and even Gatland describes the ‘family coherence’ of Welsh rugby as something special.

Perhaps the most noticeable quote comes from Rhys Priestland, another player who looks like a rabbit in headlights at times for the Scarlets, and often Dan Carter’s long lost younger brother for Wales. According to the outhalf, Wales’ greatest advantage is thus:

“Our ability to assemble quickly and fall into routine patterns, to centralise everything and to always feel relaxed in each other’s company. All our boys live close by and can drop in any time. It’s like Wales is the biggest club rugby team in the world“

Now, just labour on that point for a minute, and objectively look at the respective Irish and Welsh sides over the past 10 years. Ostensibly, Wales have been far, far more successful, but would you say either side is by far better on paper. And then you think about the intangibles, the ‘known unknowns’ as one famous leader put it.

Media pundits often refer back to the 2009 ‘Enfield Accord‘, when Rob Kearney supposedly

spoke about the Munster players putting more into their province into the green jersey, and how this was a major part of the Grand Slam win.

Since 2009, we’ve had the Paul O’Connell/Dave Kearney incident, Schmidt’s ensuing anger, multiple hot and heavy derby games and a gradual ‘Leinsterification’ of the national side. Guys like Niall Ronan, Ian Dowling and others have claimed the Leinster ethos disallowed them, while the Mike McCarthy transfer left, perhaps wrongly, some bad blood between Leinster and Connacht.

We’ve also, more recently, had two Ulster players complain quite publicly in the media about a perceived lack of game time in the Irish jersey. Read WOC’s piece on a similar angle from earlier this week. Dan Tuohy had this to say for example:

“I’ve been in good form, but there has been no end product…I want to make myself available, but realistically I’m resigned to picking up scraps of caps over the next number of years. I was in good form, trained hard and came with a good attitude and still didn’t get a look-in. Joe said I was close, but he ran with Dev, Mike and Paul.”

Now these could be seen as isolated incidents, and Welsh rugby is hardly a picnic, but rightly or wrongly, it’s obviously going to be difficult for these players to switch over completely when they go into camp together.

In today’s Sunday Times, Eddie Butler makes the point that Ireland have failed to really incorporate the best parts of the three top provinces, mixed with Connacht’s famous sparky attitude, but more than that, the whole ethos of Irish rugby seems to have moved to a focus on provinces. 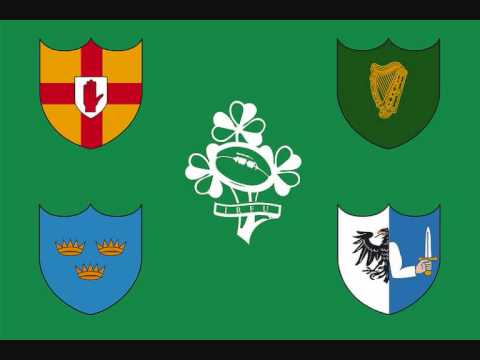 Ask any provincial fan whether they’d prefer to see their team win the Heineken or Ireland win a Slam, and it’s bound to at least be a close call, if not a marginal one in favour of the province. Even the atmosphere on matchday in the Aviva is noticeably muted, when compared to a provincial game in the same stadium.

This must surely worry the IRFU top brass.

Kidney, by his nature, seemed a quiet voice, content to play the gombeen man in the media at times. Schmidt, on the face of it, is a far sharper, tuned in character, and he’ll understand what ‘culture’ really means to the national side.

Schmidt now has an extended period of time with his players. The choice of Paul O’Connell as captain was the right one, and both men must bring the troops together, harnessing the unity of heartbreaking loss in the Autumn.

This ‘culture’ must also extend to playing style. Schmidt’s hands were all over some of the moves during the All Blacks match, with Healy, O’Brien and O’Mahony carrying on the angle from deep, simple, speedy handling and ferocious, sometimes illegal, rucking at the heart of all good Irish play.

Maybe it’s my green tinted glasses, or maybe it’s blind hope, but a cohesive Ireland without the baggage of provincial bickering could be very dangerous. Let’s just hope that ‘Saint Joe’, as he’s known in some parts, can emulate his Kiwi mate in Cardiff and bring a sense of unity to the green hordes.