What a few months it has been for Irish rugby.

Imagine the joy of seeing a consistent, coherent and adaptable team in green with two players for almost every position beating Paris in France?

And yet, for there was something a little bit hollow about Saturday for me. Ireland, despite winning and scoring three tries, looked as rudderless at times as they had done for the whole tournament.

While O’Connell stood up and played his game of the tournament, and the old man of the 13 shirt had another good outing, our general at 10 was disappointing. Sexton might have scored a double, but that shouldn’t hide the fact that two poor missed kicks could have cost Ireland dearly.

Back to the positive thought, at the start of the campaign, I also mentioned my feeling that Schmidt needed to create a culture around Ireland, a way of playing that we could call our own, a feeling of constant evolution, opportunity and mutual understanding between provincial counterparts within the team.

There have been schadenfreudeific mutterings from some of the darker corners of the web, and indeed some, myself included, have raised queries over some of Schmidt’s selections (Madigan, Murphy, Henderson, Kearney included). But most will agree that the future is very, very bright for this Irish team.

As our talisman moves on, we’ll gain a certain Ulster dwelling New Zealander to come in and fill that spot. A return to action for Bowe, Earls, SOB, Ferris, Tuohy, Strauss and others will have a shot in the arm effect. With France in store for the World Cup, who’s to say we couldn’t make a semi with a bit of luck?

Anyway, here’s to the men in green, and here’s what our team of the tournament would look like:

Man of the tournament by a wide margin. Brown has finally delivered on the effusive praise bestowed on him by Conor O’Shea for so long. Almost immaculate in ever game, Brown ran, kicked and passed better than any other back.

Best of a bad lot of French backs, Huget’s mesmeric footwork and pace was one of the

highlights of the tournament for me. What a total dreamboat too. Munster must be careful in April.

WHAT? BLASPHEMY! Well yes, but bar Italy, and sparks against England, BOD was relatively quiet this year, and I thought Burrell’s pace and size was used very effectively by Lancaster and Farrell.

Couldn’t leave out the beard eh? For a man that’s been written off on countless occasions, he’s been one of Ireland’s most important players this season, starting with a career best performance in the Autumn, and culminating with another strong showing on Saturday. Doesn’t have the size to punch holes anymore, but the footwork and leg drive that D’arcy exudes in spades is still relevant for today’s 12.

A selection that raised a few eyebrows back in February, along with Dave Kearney, Trimble’s steadiness under the high ball, defensive assuredness and excellent footwork won him many admirers across Europe this Spring. Great showing from the Rev. Trimble. Tommy who?

Another debatable one, and perhaps I’m making this call based upon my annoyance at Sexton’s French and England performances, but for me, Farrell deserves this based upon his comprehensive outplaying of Sexton in Twickers. Gun to the head and Sexton would be my Lions #10 tomorrow morning, but it’s not a stretch to say Farrell outplayed him across the tournament.

Like Brown, another who has shown glimpses of his undoubted talent but never fully delivered on the international stage. From the first game in Paris, Care was a thorn in opposition pillar defence and kept the English pace high. Murray shone at times, but Care is the man in the 9 jersey.

Vunipola was unlucky to get injured after some powerful performances, but Heaslip was again the most effective 8 on show for me. Faletau’s poor performance in Dublin and London knock him out of the reckoning. Stats don’t tell everything, but Heaslip’s tackle count and game impact is constantly at the high end.

In a tough campaign for the Welsh, captain Sam shone, particularly in the rout of France on a tepid Cardiff Friday night.

The best second row in the world right now? Definitely for me. Lawes and his partner in crime Launchbury were behemoths in white for the whole tournament. Performance vs Wales was the most impressive power display of any forward this year. This guy has it all. 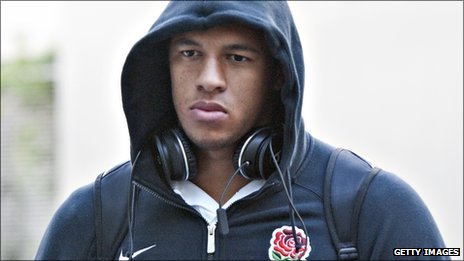 If you were trying to find two more different players in the row you’d struggle. Toner maintained his evolution from 2013 and after some impressive showings in blue, he impressed many in green too. Outshone POC in 4 of the 5 games.

He’s not finished yet! Another that was written off before the tournament, Ross showed why he’s still Leinster and Ireland’s number one TH. Domingo and Marler won’t want to see him again for a while.

Harsh on our Rory, but Hartley matched his workrate and was a little more effective in the loose. Founded a strong partnership with the young second rows.

Not his best display, but Healy was consistently the best LH on the pitch in all the games he played. Critical to Ireland as we move towards the World Cup, but doesn’t look 100% fit at the moment.